Oil painting by Claude Buckle showing the event in Pamplona 'running of the bulls'... more... 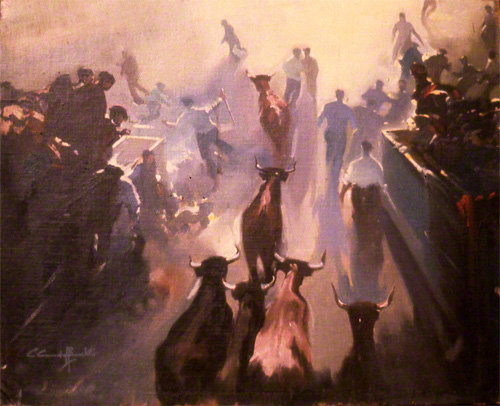 Water colour painting by Claude Buckle showing the boating event at Henley. Henley Royal Regatta is the pre-eminent, river-based international rowing regatta. It has an unparalleled tradition and place in the hearts of top rowers and is held annually in the first week of July. 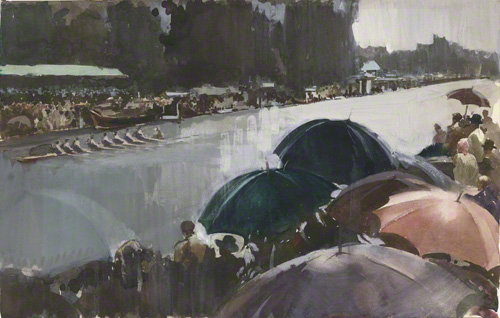 Cowes, Isle of Wight. Cowes Week has played a key part in the British sporting summer calendar since 1826 and is one of the UK's longest running and most successful sporting events. Today it is the largest sailing regatta of its kind in the world. 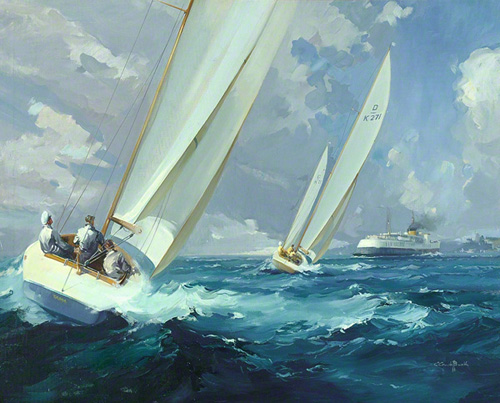 2015 marks 800 years since the Magna Carta was agreed between King John and his barons. Durham Cathedral, often cited as the greatest Norman building in Europe, holds three editions of Magna Carta dated 1216, 1225 and 1300. Durham's 1216 issue is the only copy of that edition still in existence. 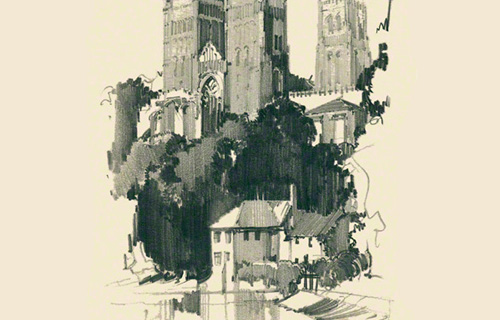 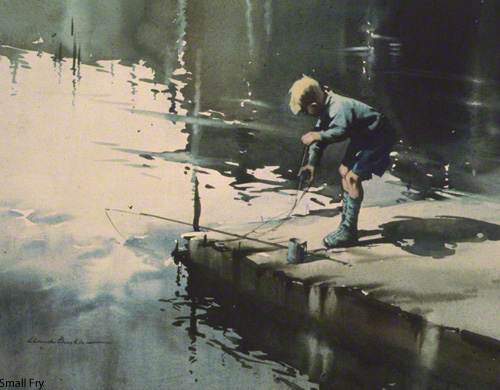 This site provides a genuinely authoritative source of information on the artist, who was born in 1905 and who was painting until his death in 1973. Claude Buckle concentrated on commercial architectural work in the 30's through to the 60's. He became one of most prolific and most famous of British designers of railway posters producing over a 100 published images in oils and watercolour. The poster map shows their locations in the UK. Many are still important tourist destinations. From the late 50's through the 60's and early 70's he established himself as one of the UK's leading watercolourists earning recognition through the Royal Institute of Painters in Water Colours and the Royal Society of Marine Artists. He painted over 300 water colours for private sale specialising in water scenes and historic buildings. In addition to poster design and private exhibitions he also accepted a large number of architectural commissions. This culminated in a painting of Hinkley Point A nuclear power station making him one of the UK's top Graphic Architectural Artists. This was exhibited at the Brussels World Fair in 1958.

To explore the site further please click on GALLERY for a guided tour providing information on the artist's watercolours, oil paintings and pencil drawings.

To contact the site owner and to provide feedback please send to Terence Buckle (son of the artist) or telephone 07711718649. 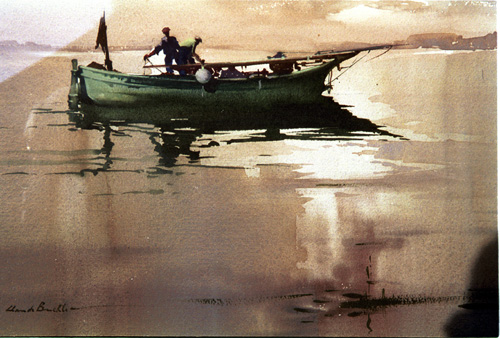 Claude Buckle's highly refined treatment and skill at painting water is clearly shown in the many ... more...

Following on from 'boats on water' the next theme which seemed to attract the artist's attention was horses... more... 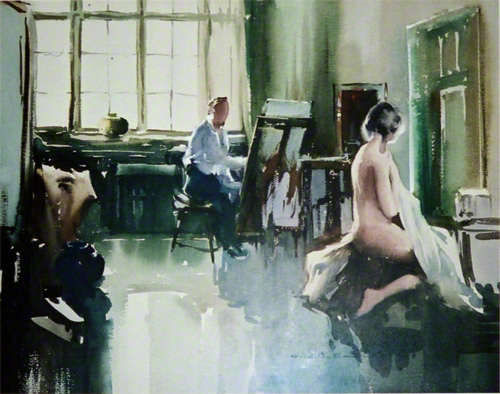 The subject matter of figure drawing is not something that Claude Buckle is particular well known for. However...more... 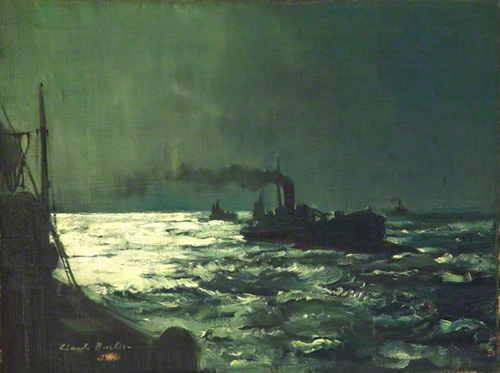 Claude Buckle was invited to become a member of the R.S.M.A in 1964 after presenting work at their annual ... more...